It’s a story that began in 1993 with a two-man operation, in a city built on the back of banking. Fast forward 28 years later, and our Charlotte office is flush with an ambitious team of nearly 150, active across a wide range of diversified markets, and deeply rooted in the communities we live and serve.

Much has changed over nearly three decades, but what has not is our vibrant, entrepreneurial culture driven by Employee-Owners who are focused on redefining what it is to be a contractor.

The drive of our Employee-Owners and the dedication of our trade partners and project teams are a winning formula! Their spirit has led Choate to be named the Nation’s Safest Contractor by The Associated General Contractors of America (AGC). Locally, the team has also been presented with the Associated Builders and Contractors of the Carolinas’ (ABCC) STEP Diamond Award, recognizing Choate as 655% safer than the U.S. Bureau of Labor Statistics national average!

Brick by brick, we’re adding to the regional economy and investing in the companies and people that have made this area flourish.

Consider the corporate headquarters of Red Ventures, which will attract new talent for years to come; the Staples Distribution Center, which embraces technological smart design for big future impact; and Liberty SouthPark, a new reflection for connected, vibrant senior living. As a progressive builder, we put our client’s vision at the head of a ROI-driven, value-added approach. Our goal is not to be the biggest but to be the best through our commitment to the clients we serve and the projects we build.

With impressive projects like Ingersoll Rand, Innovation Park, AXA US, and MetLife, it’s no surprise our interiors division is the region’s leading interior upfit contractor.

No Project Too Large or Too Small, Near or Far

Choate Charlotte is proud to provide the best of both worlds to our clients – the financial and resource advantages of a firm with a national reach and the personal attention, strong market relationships, and cost-competitiveness only a local presence affords. It’s this unique blend that allows us to take the heavy lifting off our clients when venturing to new markets or kicking off a project within your own backyard. We’re everywhere you need and want to be, no matter the size, scope, or location.

The heart of a company is a reflection of its people, and Choate Charlotte has been keeping the adrenaline pumping.

We’ve gone Over the Edge, repelling off buildings for Special Olympics North Carolina; hiked Xtreme distances along the Appalachian Trail (raising over $300,000) for the Cystic Fibrosis Foundation; and amped our support of the Autism Strong Foundation’s crossfit-inspired fundraiser, AMRAP 4 Autism and festival for autism, BuildStrong. Through our Philanthropic Outreach Committee, we will continue to foster and support philanthropic outreach for our employee owners, strategic partners, and the community. 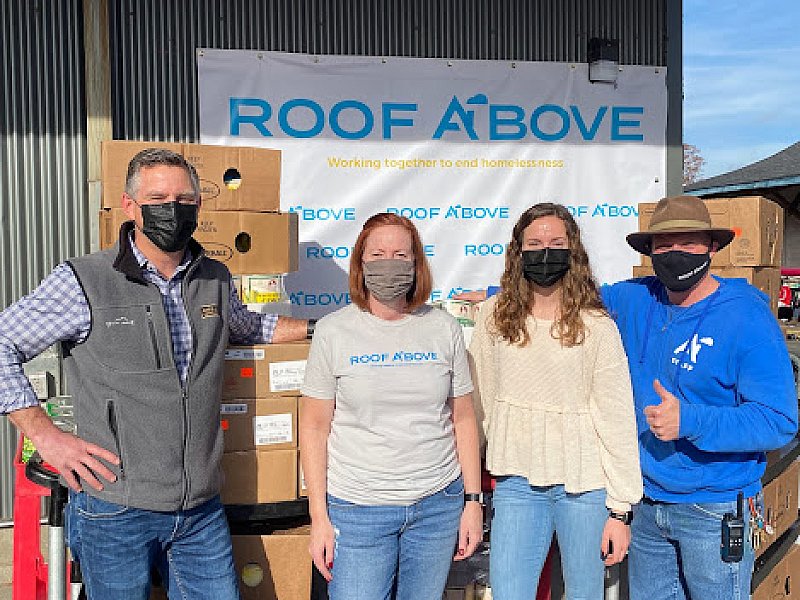 Kicking back, relaxing, and having fun is integral to delivering excellence (much like our first-rate kickball team). Work hard, play hard – it’s that simple. Spur-of-the-moment, Friday afternoon toasts to a successful week, Halloween skeet shoots, and Sundays spent watching the Panthers play bring us together. Our annual summer party brings families together for fun, food, and entertainment on Lake Wylie. Likewise, our annual holiday party is nothing less than epic.

Choate Charlotte breeds culture, and we have it down to a science.

How do we make all of the above work? By hiring, mentoring, and engaging only the finest in this most demanding industry.

Much like this dynamic city, our Providence Road office is populated by a melting pot of people and cultures – visionary leaders, creative problem solvers, and hardworking doers… Not to mention the lovable techies, self-appointed office comedians, and the die-hard college football fans. Their tenacity is awe-inspiring; their humor keeps things lively.

If you’re interested in joining Charlotte or one of our other six offices, please contact us today. 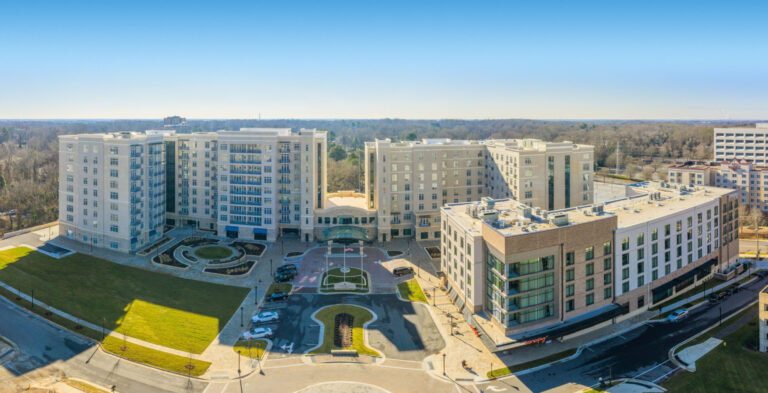 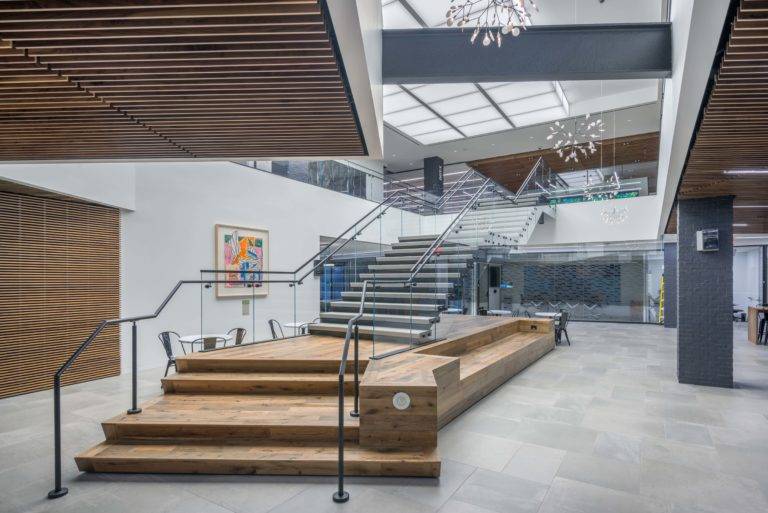 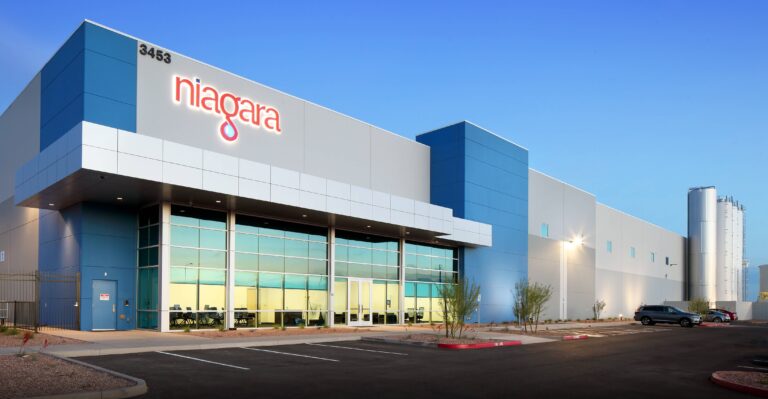 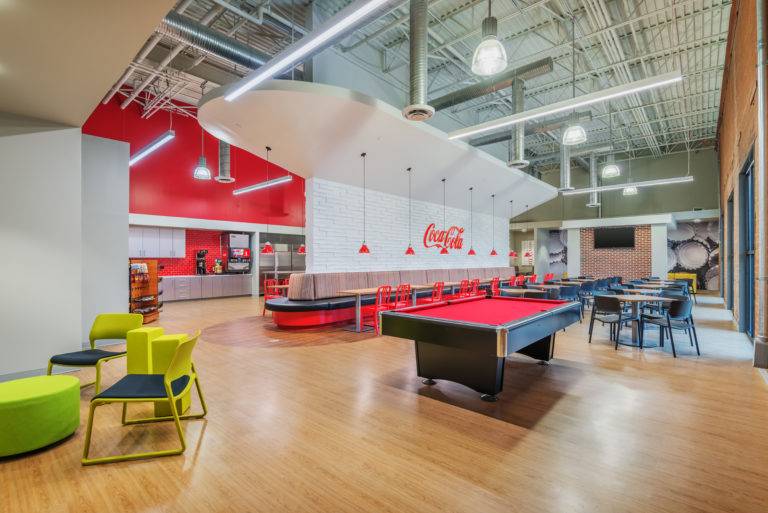 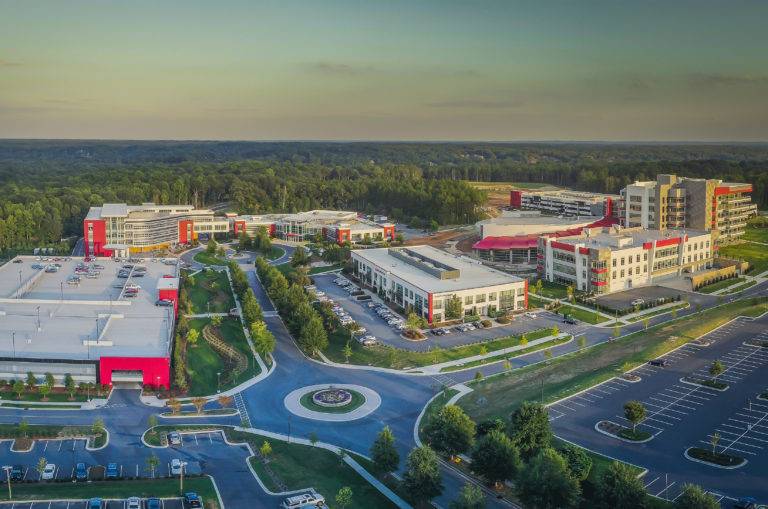 The Barclay at SouthPark Retirement Community

Changing the landscape of senior housing, The Barclay at SouthPark provides residents the latest in luxury living.

After the successful completion of a southeast facility, Niagara bottling asked Choate to take the show on the road.

Boasting a vibrant and energetic culture, Red Ventures outfits its corporate campus with facilities as dynamic as the company itself. 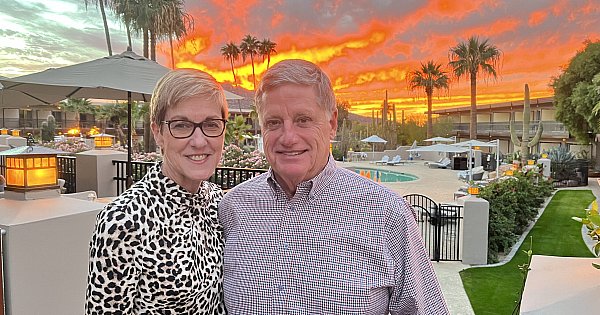