One of the nation’s leading financial services technology firms consolidates its Atlanta operations in this state-of-the-art campus. 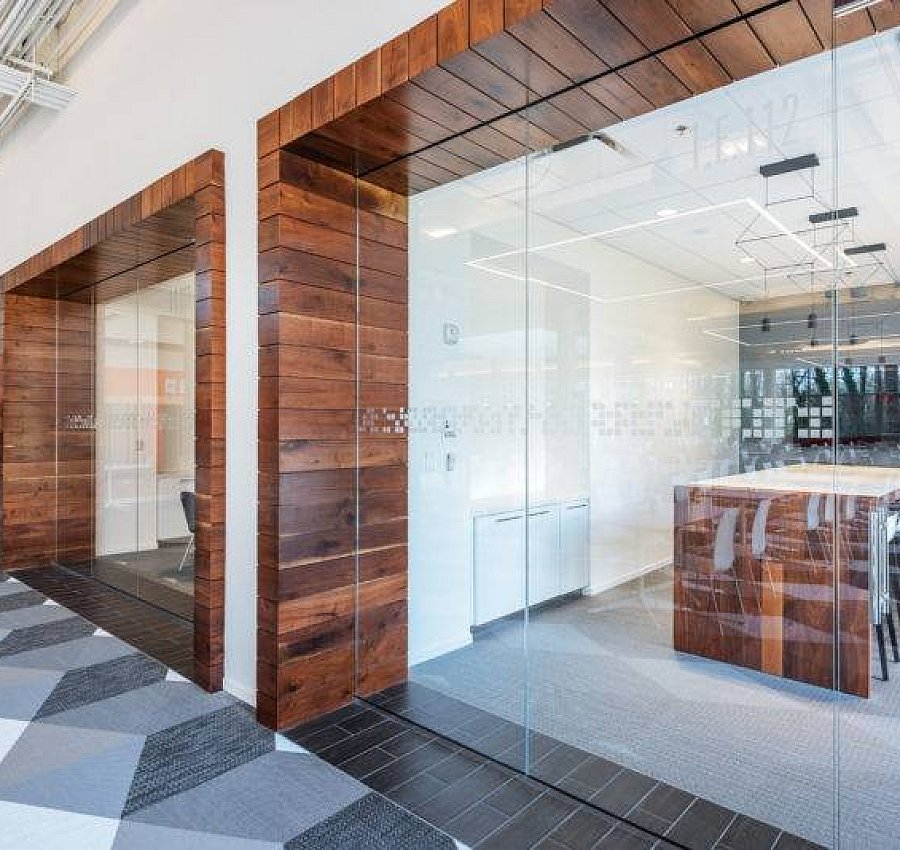 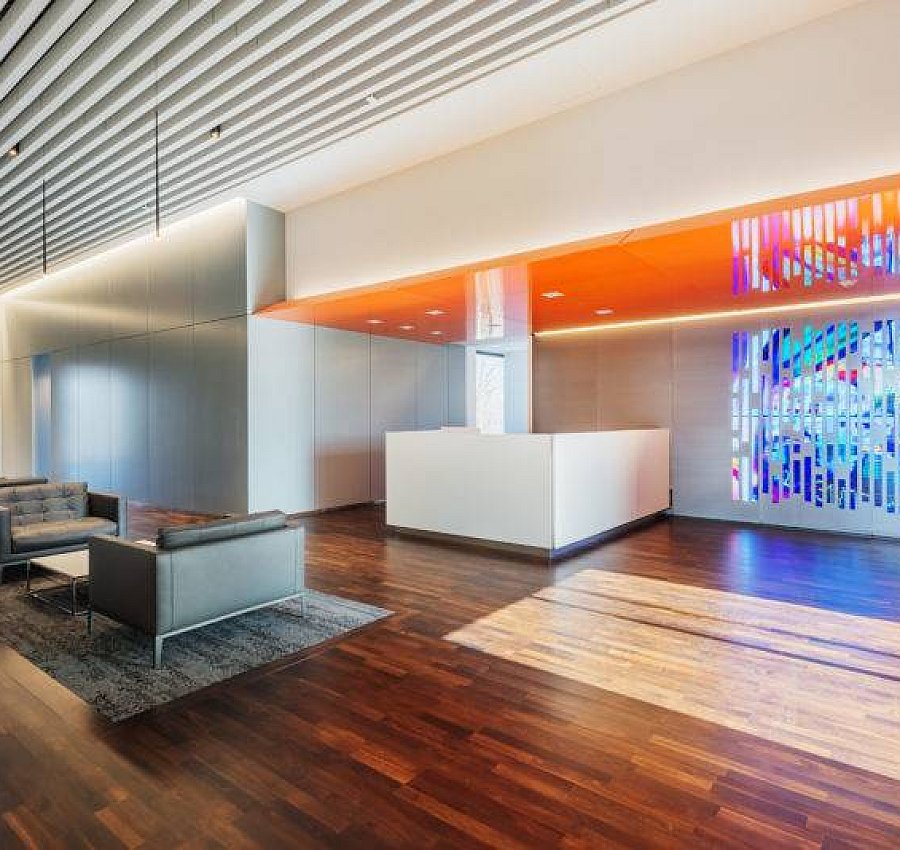 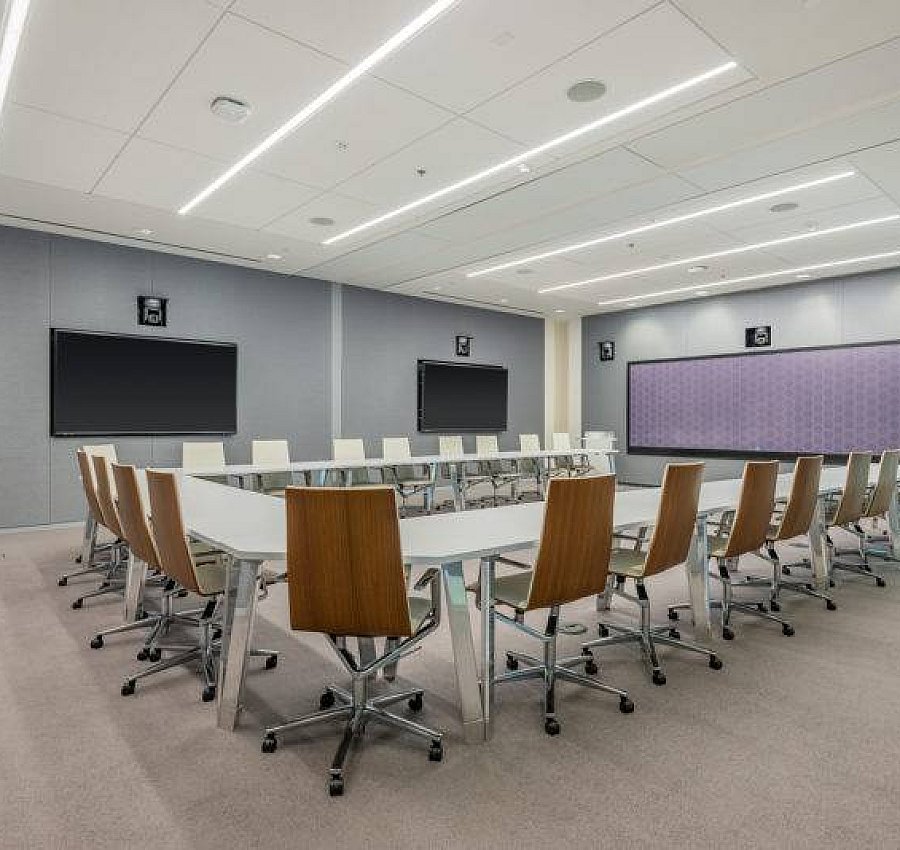 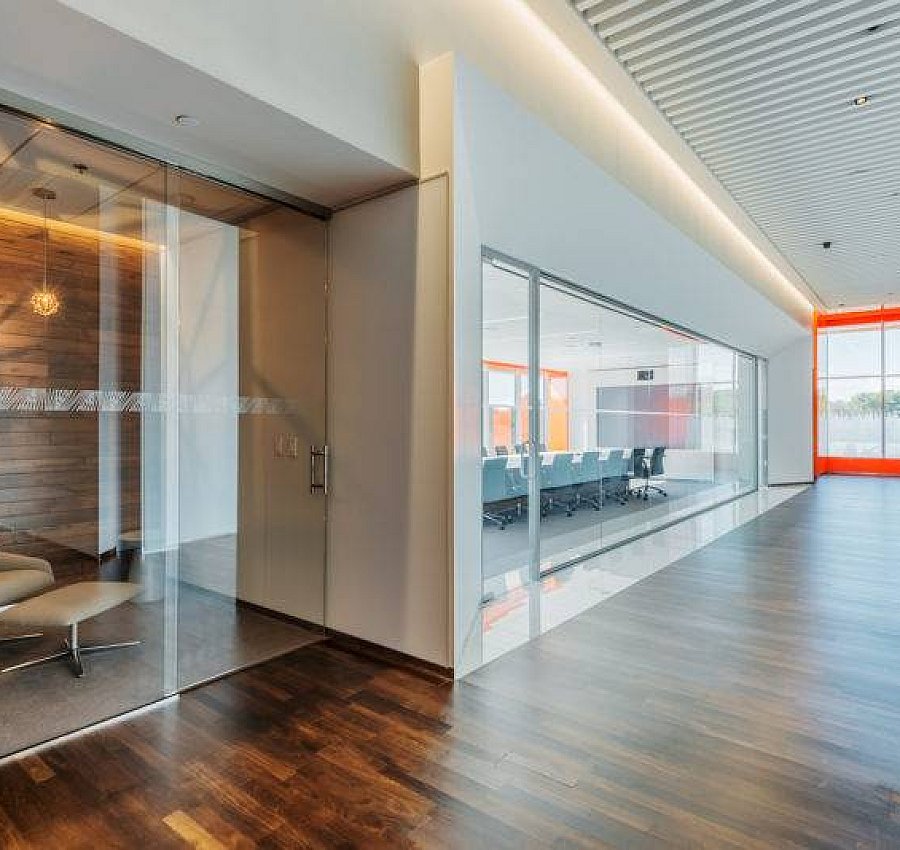 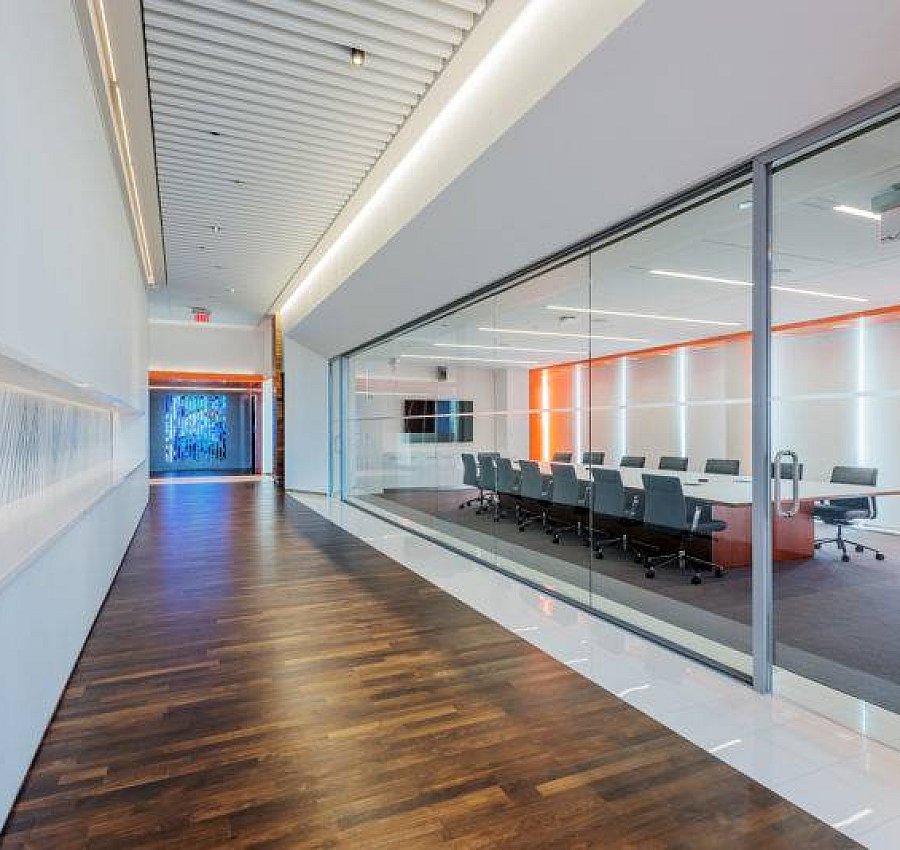 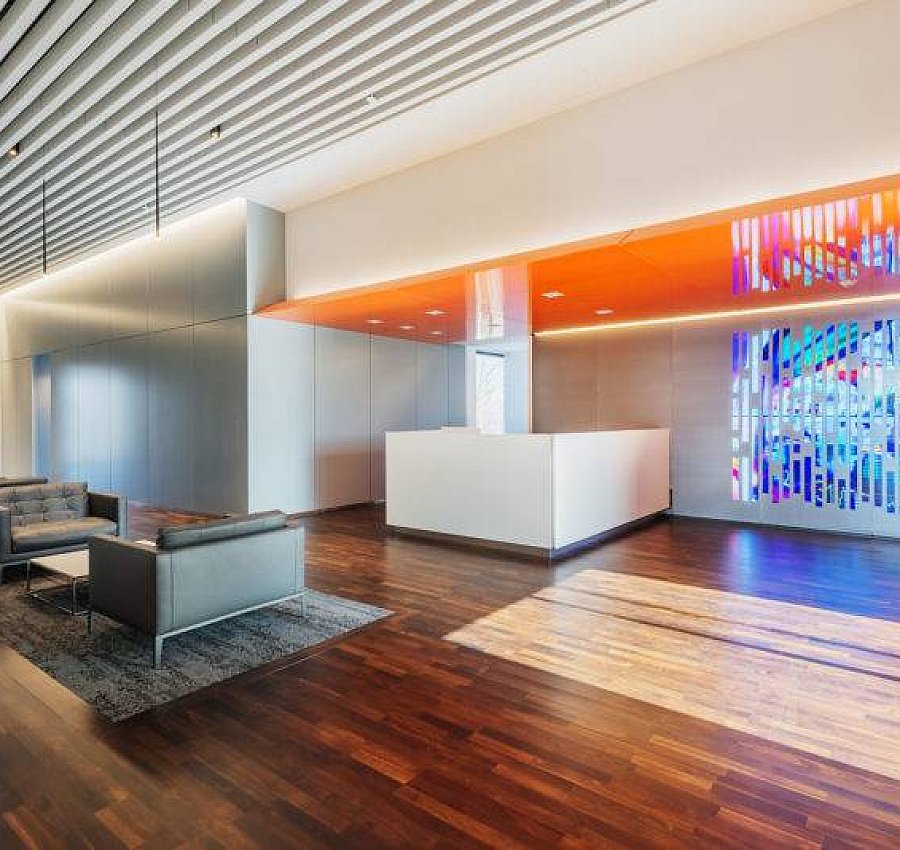 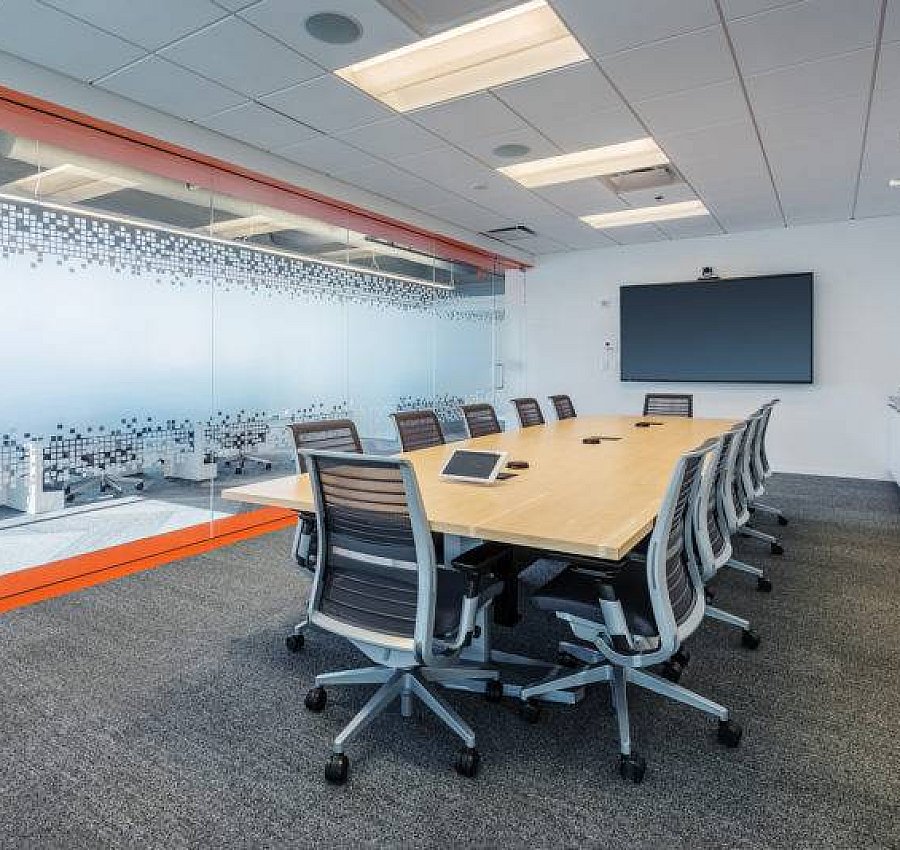 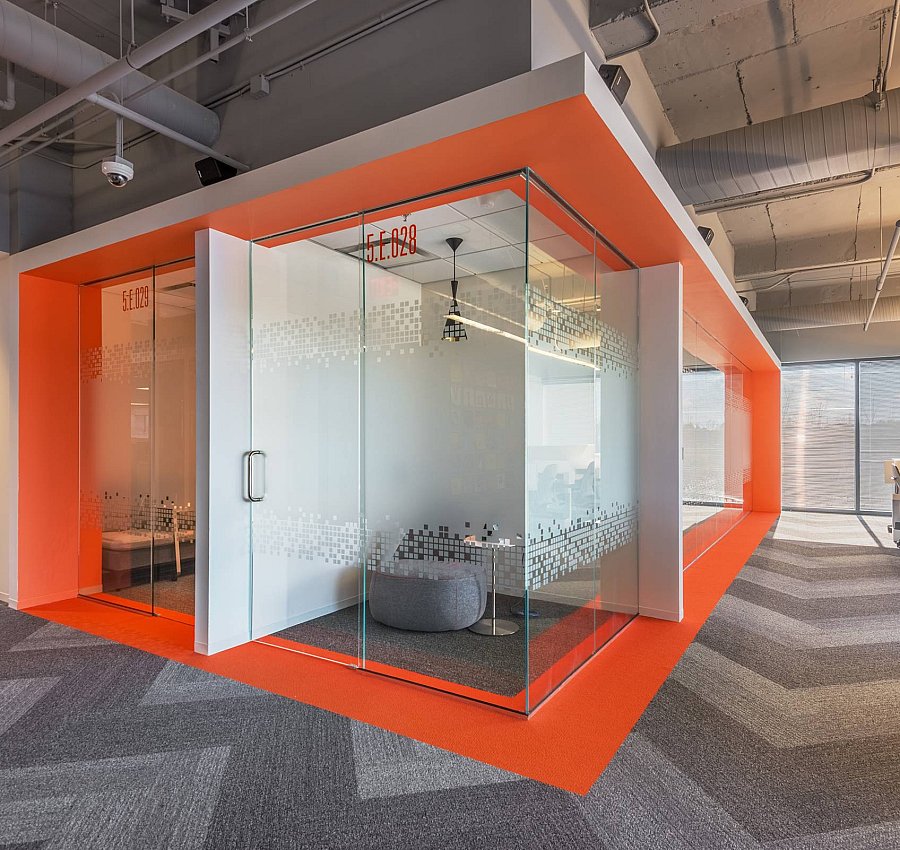 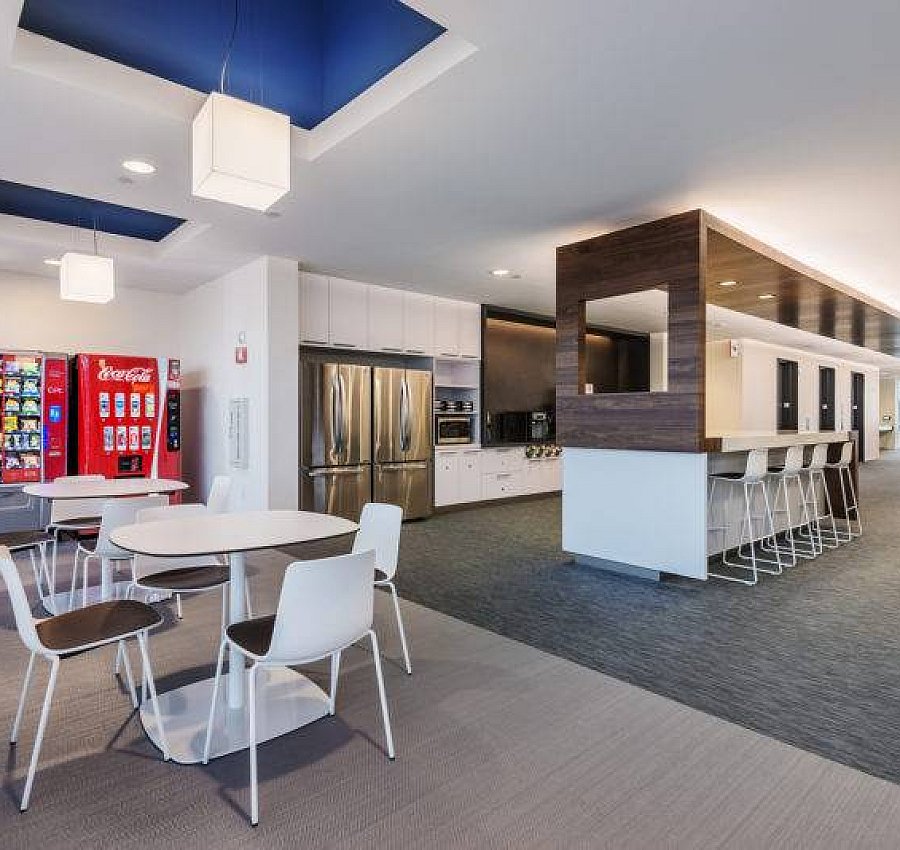 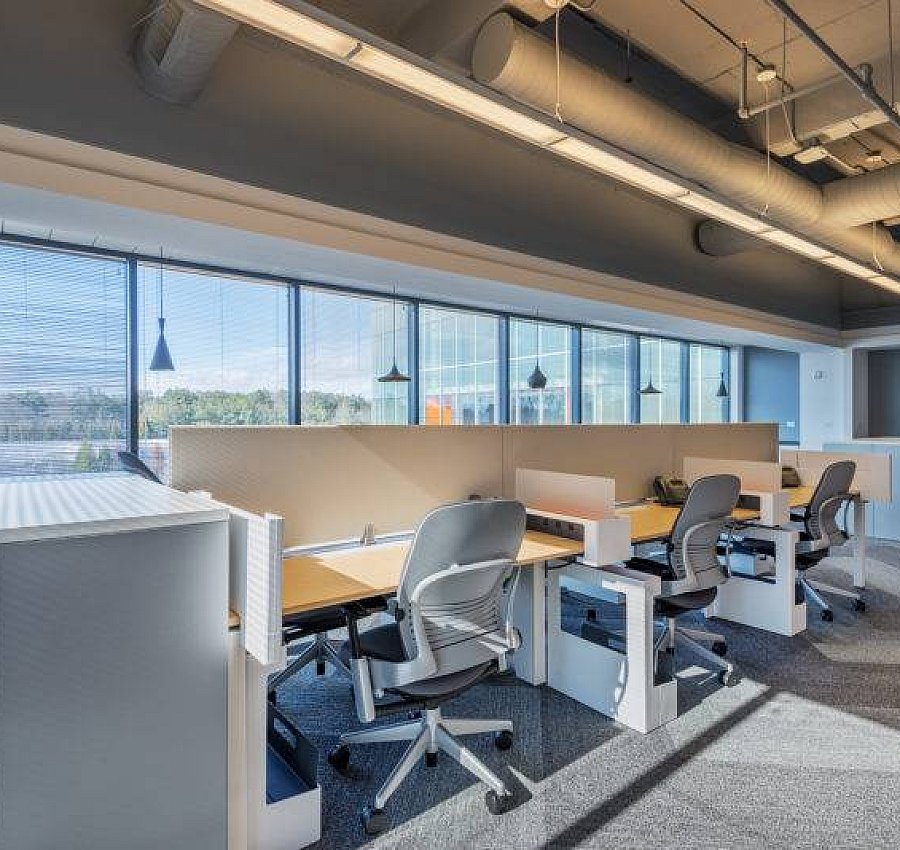 Elevated bridges are constructed on each level of the lobby to allow connectivity between the two primary office buildings and all six floors. The fifth floor of the lobby features a client business center with a grand presentation and auditorium space available for Fiserv’s clients. 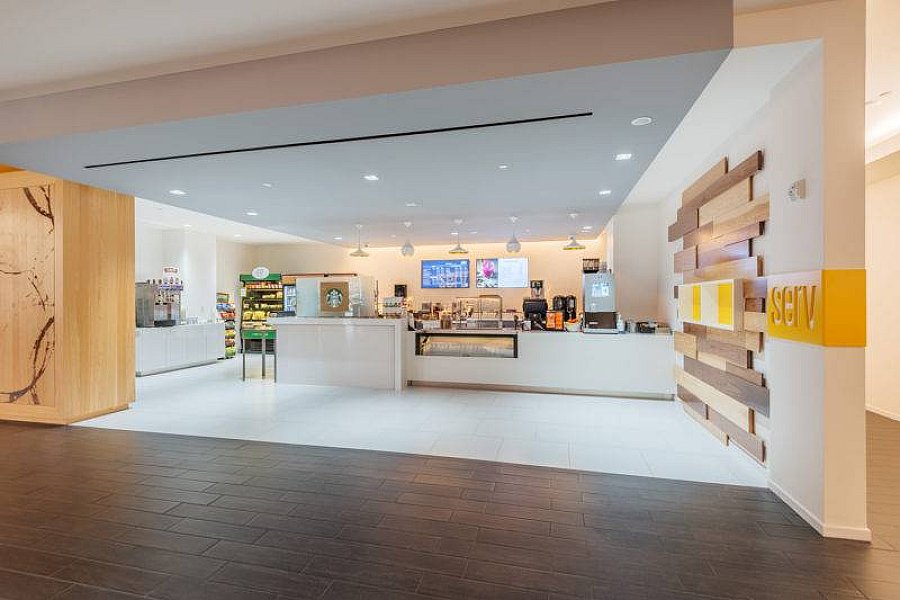 Typical building work areas are comprised of modular work stations with a combination of wood and acoustical ceilings through-out. Within each work area are “town center” and “neighborhood” spaces comprised of custom millwork elements and banquette seating designed to promote collaborative work spaces. These modular and collaborative work spaces encircle the perimeter of the building while added core offices and meeting rooms utilizing dorm glass wall systems are located closer to the building core.

Other building amenities include a 10,000-SF fitness center, 10,000-SF commercial kitchen, servery, and dining room, 2,500-SF coffee bar and micro-mart, and finally a corporate training and conference center. All spaces include new and innovative audio/video systems to enhance the Fiserv experience. 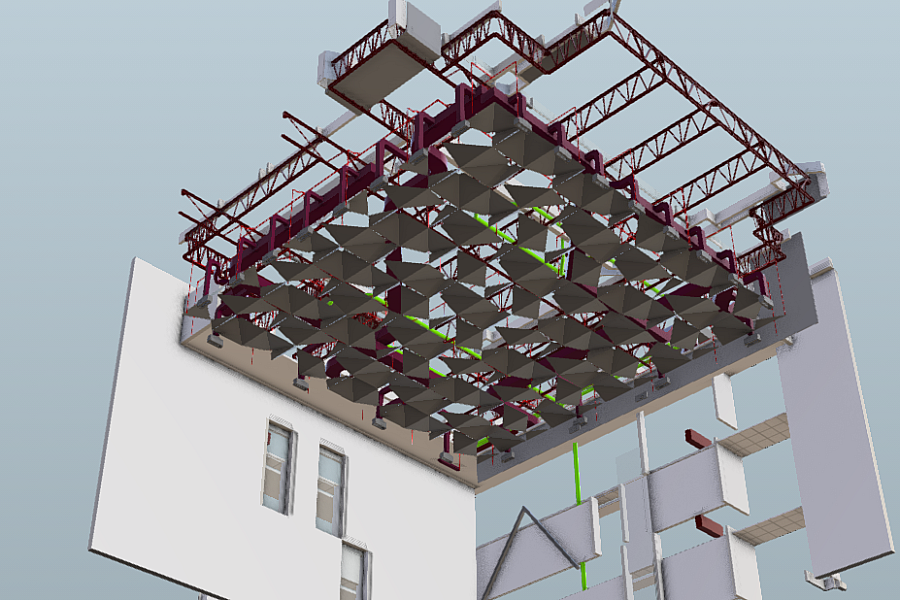 Fizerv’s unique lobby ceiling utilized 3D trapezoid tiles laying in a geometric pattern which fluctuate in depth and LED light color. Controlled by a custom panel created by Choate, the whole room from the ceiling to the Nano Lumens wall panels can be completely customized with the touch of a finger.

Choate’s VirtualWorks department was instrumental in the successful installation of this ceiling. When Choate joined the project team, there were no existing 3D models for any of the new spaces, so VirtualWorks created them.

Because of the change in depth across the ceiling, Choate had to plan sprinkler and light depth to incorporate the pattern. When installing the individual pieces, the team could hold up iPads and physically see how the pieces were to be placed – like a giant puzzle.

On the same structure for the ceiling tiles, Choate also created a grid layout of all the fire piping, duct work, and electrical systems. Choate laid everything out in a web truss system to be incorporated above all the ceiling tiles and created a 3D model that showed where it would lay and tie-in to the existing two structures.

And how would the team reach the top? Choate Sr. Superintendent, Rocky Sveda, ingeniously constructed a temporary platform that would hang in the air in the lobby which allowed people to continue work on other sections of the building. It was so impressive it was named by on-site staff as “the dance floor!”

Fiserv consolidates its Atlanta-area operations in a state-of-the-art campus complete with a 682-space precast deck. 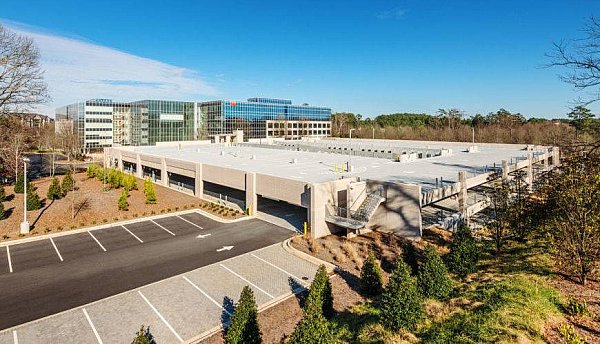 Choate Tops Out on Junction at Krog District 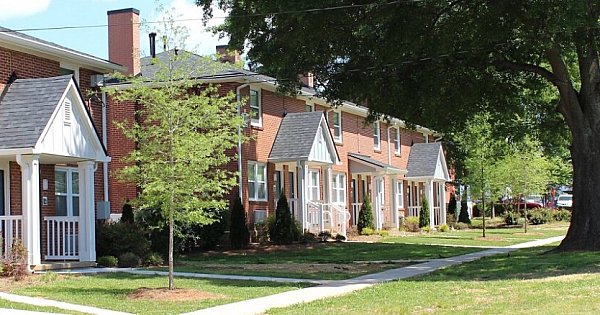