A powerhouse in cancer research, University of North Carolina at Chapel Hill Marsico Hall is built to contain the most powerful imaging equipment in the world. 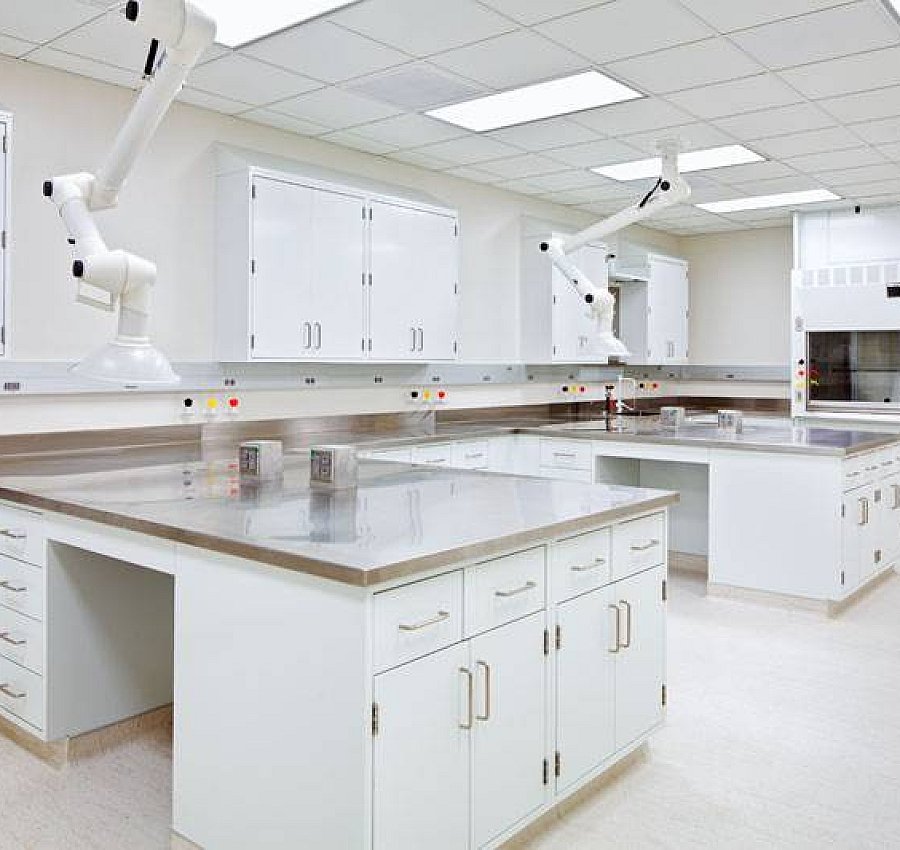 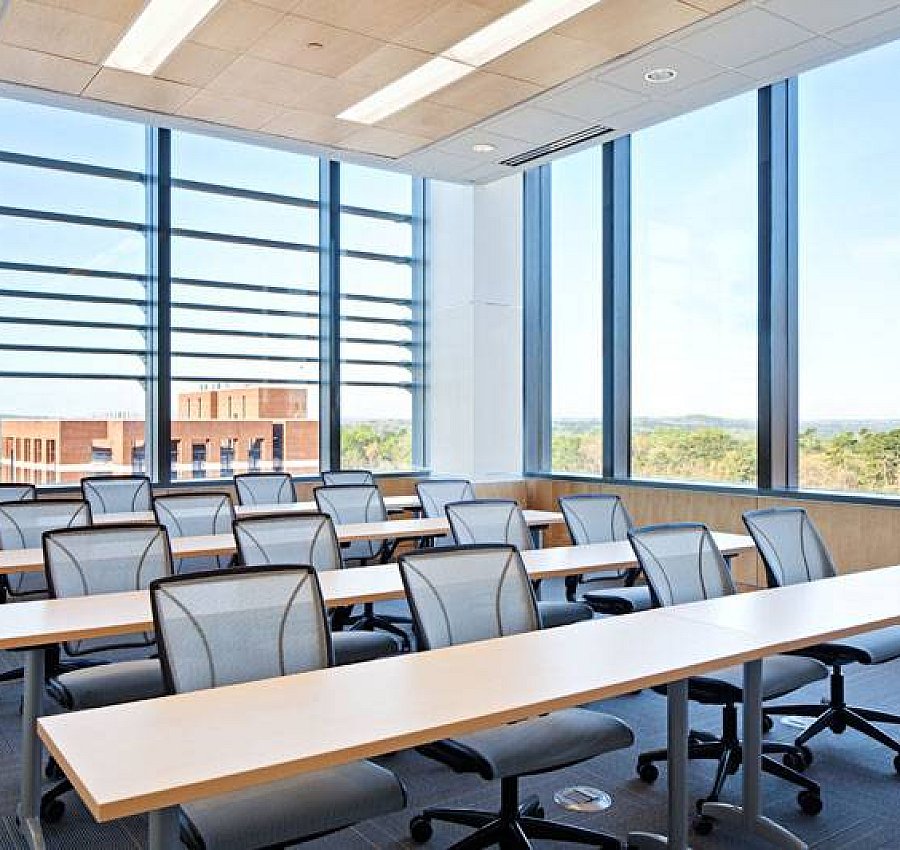 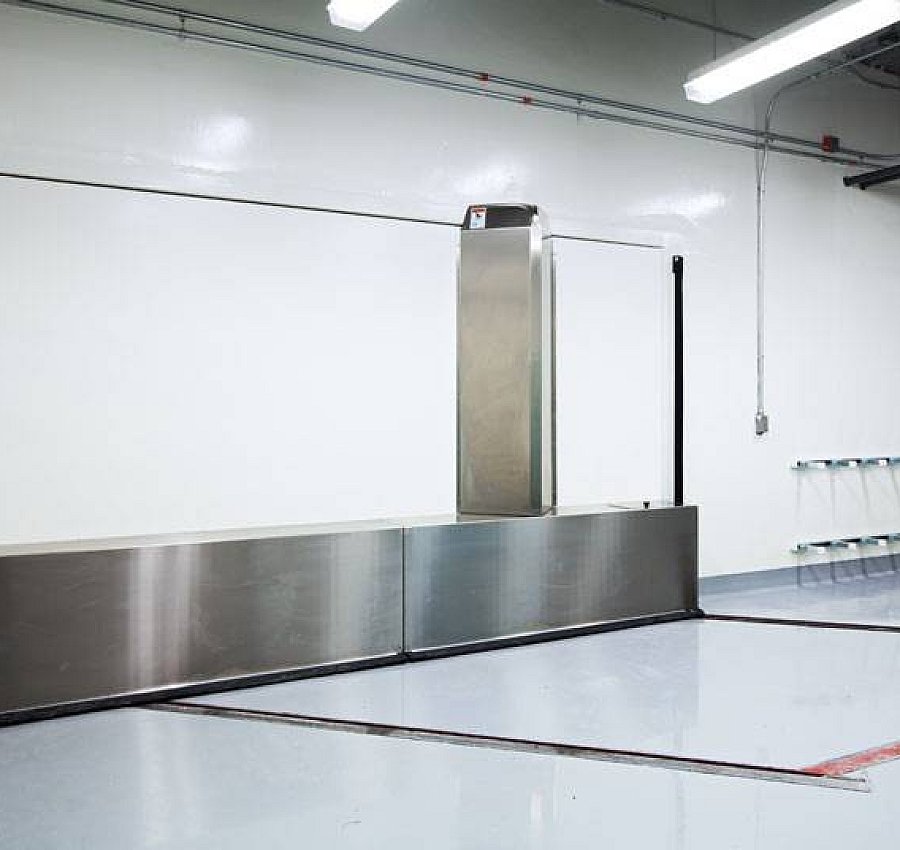 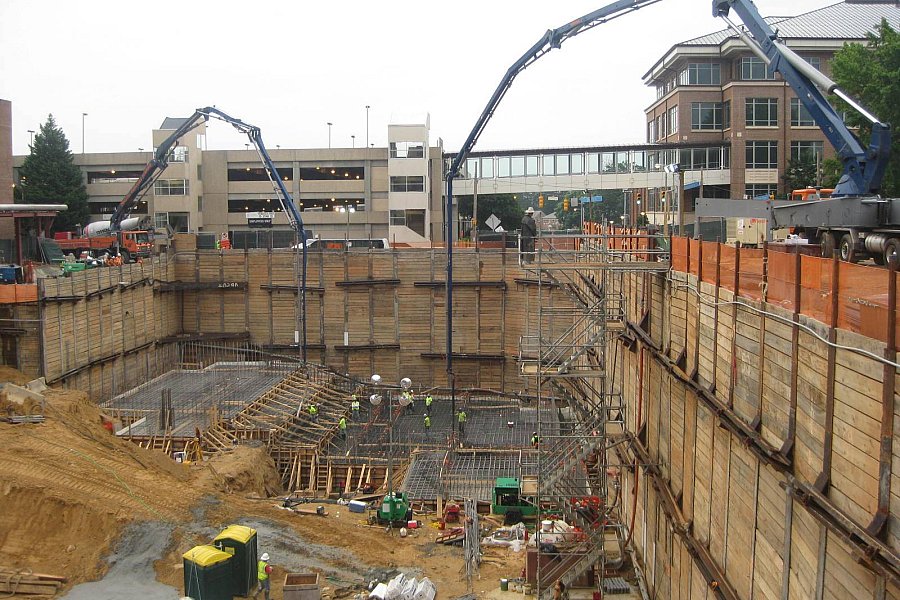 A Web of Challenges

Numerous utility lines, including those being used by the neighboring research and hospital facilities, sat silently under the demolished parking lot and a single-story building in the area where Marsico Hall would eventually be built. One of these utilities included the highly important chilled water lines. The improper and untimely shut off of these lines could consequentially ruin research being contained and preserved in nearby facilities. With extreme caution and great synchronization between the University and Choate, trucks with mounted chiller equipment were brought in and connected in order to provide an uninterrupted service to the neighboring facilities while the existing lines were being rerouted. The coordination, shut off, and rerouting of all the utilities took several months.

To make room for the two below-grade levels that would house the cyclotron and other imaging equipment, Marsico Hall’s site required deep excavations and shoring systems on all sides. Excavating below the grade level already posed a challenge because of the tight jobsite, but blasting was also limited because of potential vibration concerns in nearby medical buildings. Extensive rock plus ground and trapped water on the site required vast amounts of underslab-drainage and waterproofing systems. Vibration sensors were used to make sure that site vibrations stayed under the near zero amount.

The team worked off-hours and on weekends to ensure excavation would not interfere with the strict vibration limitations.

The Future of Cancer Research

As the culmination of several different disciplines, Marsico Hall contains an expansive array of medical equipment, with the most notable being the 17 MEV Cyclotron and the 880 MeV cyclotron. Other notable technologies within the facility include four Magnetic Resonance Imagers, Crystallography equipment, a fully-automated Vivarium and five Nuclear Magnetic Resonance Imagers.. 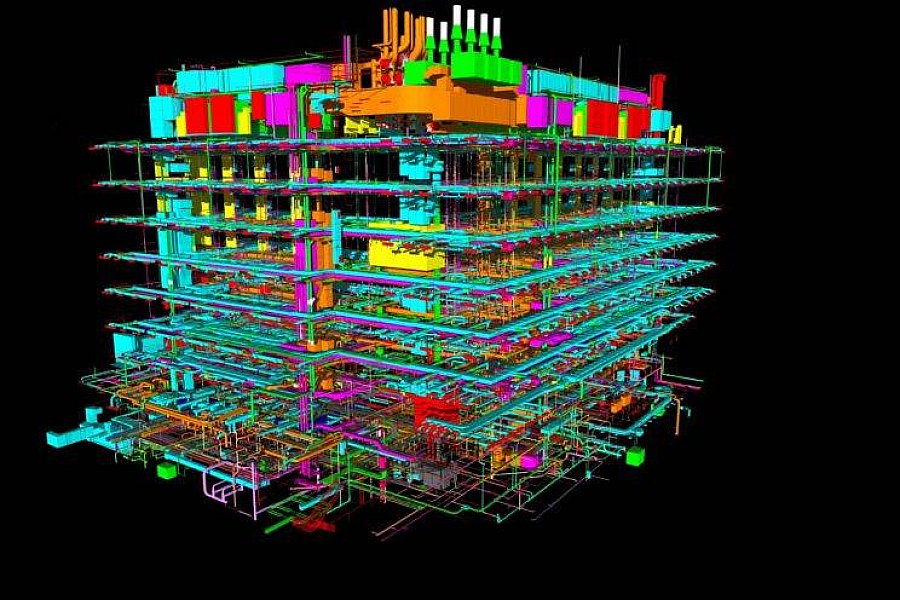 Because of the massive imaging equipment Marsico Hall holds, the requirements of the mechanical systems were substantial compared to a facility of similar size. A MEP penthouse was designed and constructed in addition to the sub-basement MEP space, allowing room for the complex systems. With stacked air handlers totaling nearly 24-feet in height, a MEP penthouse was required given these air handlers could not be accommodated on any of Marsico Hall’s 16-foot high floors. Utilizing BIM technology, the entire team worked relentlessly to have all drawings and models properly coordinated, making the installation of the MEP systems straightforward.